UMH participates in University of the Fall V 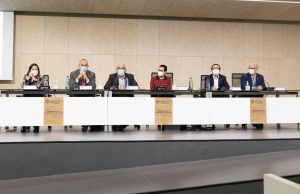 Vice Rector for International Relations at the Miguel Hernández University of Elche (UMH), Vicente Micol, helped inaugurate the fifth edition of the University of the Fall, an event consisting of interuniversity development cooperation workshops focused on gender, interculturality, and the Agenda 2030. This latest edition was held at the Universitat Jaume I (UJI), in Castellón, on December 1-3, and the event was organized by the five public universities of the Valencian Community in conjunction with the Generalitat Valenciana.

UMH participation at the workshops was evident by its organization of a roundtable on decent work and networks of fair trade for women. The moderator and speaker for this roundtable were, respectively, Juan José Ballesta, Development Cooperation and Volunteerism Director; and Antonio J. Verdú Jover, the director of Prosperity, the UMH Chair of Sustainable Development Cooperation.

Moreover, the UMH was an active contributor at the workshops, as faculty thereof presented an entertaining and instructive session on responsible consumption. Leading this were Irene Belmonte Martín, Associate Dean of Undergraduate Political Science And Public Administration at the Faculty of Social and Legal Sciences of Orihuela, and professor in the Master’s in Development Cooperation; Juana Aznar Márquez, secretary of Prosperity, the UMH Chair of Sustainable Development Cooperation; and Lirios Alós Simó, Associate Dean for Projection of the Bachelor’s in Business Administration & Management at the Faculty of Social & Legal Sciences of Orihuela.

Several UMH students from various branches of knowledge also attended the workshops. There, during its three days, they delved into different contents from each of the 5 P’s from the Sustainable Development Goals. They were also active participants in workshop roundtables, presentations and other activities along with students from other universities and volunteers from the realm of development cooperation. 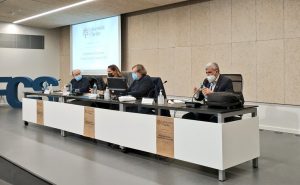 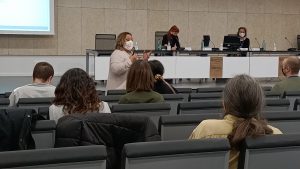 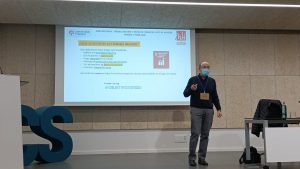