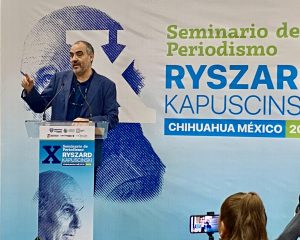 Dialog, context, and perspectives on hate speech, violence, and accusations directed at Mexican journalists were components of the main topics of the tenth edition of the Ryszard Kapuscinski International Seminar on Journalism, Human Rights, Migration and Borders, which recently took place in Chihuahua, Mexico, November 16 – 18, 2022. To show support for Mexican journalists, this edition of the seminar was moved from the journalism facilities of the Miguel Hernández University of Elche (UMH) to the Chihuahua Government Palace. Seminar collaborators included independent media, such as Los Ángeles Press and La Opción, in addition to the Autonomous University of Chihuahua and senior Chihuahuan leaders, which through its governor, Maru Campus, committed to “working to ensure that the free exercise of journalism ceases to represent a danger for the integrity of the journalists who practice it.”

At the start of the seminar and after its inaugural conference by UMH associate professor José Luis González-Esteban, a communiqué that was produced in Spain by the president of the Federation of Associations of Journalists of Spain (FAPE), Reporters without Boarders-Spain (RSF), the president of the Association of Audiovisual Production Professionals (APPA), and the Vice Rectorate for International Relations at the UMH was read. This communiqué, which drew from reporting by the RSF and the Chapultepec Index of Freedom of Expression and the Press of the Inter American Press Association, denounced the situation of extreme danger resulting from the exercise of journalism in Mexico, it demanded solutions by Mexican political powers, and it professed complete support and recognition for its Mexican peers. During the inaugural session, a moment of silence was observed for the more than twenty journalists who have been killed in the State of Chihuahua over the past twenty years.

Over three days of dialog, numerous journalists, academics, and Mexican, Spanish, Brazilian, Polish, and US students of journalism received direct information about the risks associated with the exercise of journalism in Mexico. Journalists in attendance supplied specific information on them being threatened, assaulted, even raped, along with other victims of accusations by narco-politics, persecution, the fabrication of false evidence that has led some of them to prison. Ending the conference was Spanish journalist, Pere Rusiños, who highlighted the need for independent journalisms as a counterweight to the powers that be.

Manifesto of support for Mexican journalists 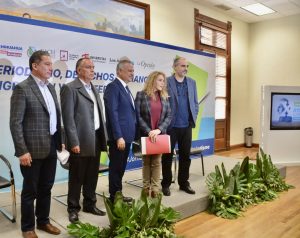 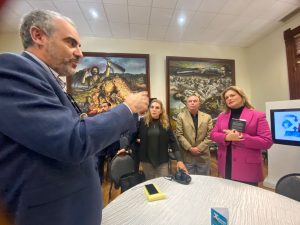 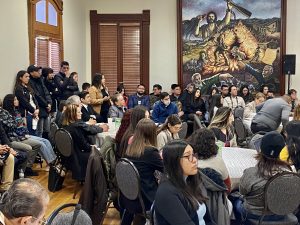 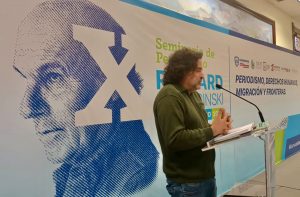 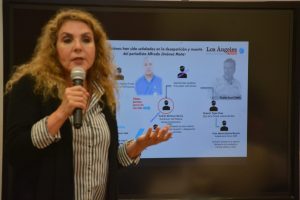